During 2014, the Group Executive Board was composed of five members.

Albert M. Baehny graduated with a degree in biology from the University of Fribourg (CH). In 1979, he started his career in the research department of Serono-Hypolab. His further career comprised various marketing, sales, strategic planning and global management positions with Dow Chemicals Europe (1981–1993), Ciba-Geigy/Ciba SC (1994–2000), Vantico (2000–2001) and Wacker Chemie (2001–2002). For more than 20 years, Albert M. Baehny gathered relevant knowledge and expertise with global business responsibility. Before joining Geberit, he was Senior Vice President of Wacker Specialties. At Geberit he was Head of Group Division Marketing and Sales Europe from 2003–2004. From 2005 until the end of 2014, Albert M. Baehny was Chief Executive Officer (CEO) of the Geberit Group. He has been Chairman of the Board of Directors since 2011, refer also  Management Structure.

Member of the Group Executive Board since 2005
with Geberit since 1993
Head of Group Division Finance (CFO)
Swiss citizen
Member of the Board of Directors VZ-Holding AG, Zurich (CH)

Roland Iff studied economics at the University of St. Gallen (CH) and graduated with the degree of lic.oec. (major: accounting and finance) in 1986. He started his professional career in 1987 as internal auditor with the American Mead Corporation in Zurich (CH) and at the company’s headquarters in Dayton (US). Subsequently he worked on different market development projects in Brussels (BE) before he was appointed Chief Financial Officer of Mead’s Italian subsidiary in Milan (IT) in 1990. In 1993, Roland Iff joined Geberit as Head of Corporate Development. In 1995, he became Head of Group Controlling. Beginning in October 1997, he served as Head of Group Treasury. Roland Iff has been Head of Group Division Finance (CFO) of the Geberit Group since 2005, refer also to  Management Structure. 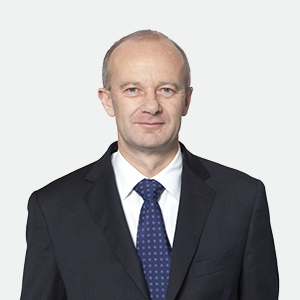 Member of the Group Executive Board since 2005
with Geberit since 2004
Head of Group Division Products
German citizen
Member of the Board of Directors Reichle & De-Massari AG, Wetzikon (CH)

Michael Reinhard studied mechanical engineering at the Technical University Darmstadt (DE) and was awarded a PhD in materials science from the Deutsche Kunststoffinstitut. He started his professional career in 1987 as a project manager with Automatik GmbH, Gross-Ostheim (DE). In 1990, he joined McKinsey & Company and was soon promoted to senior associate. In 1992, Michael Reinhard joined Schott, Mainz (DE), where he was entrusted with various functions of increasing responsibility within international sales and marketing. In 1995, he became Vice President of Schott’s Pharmaceutical Packaging Division and in 1998 Senior Vice President of the Tubing Division comprising 2,400 employees. At Geberit, Michael Reinhard became Head of Group Division Sales in 2005. He has been Head of the Group Division Products since 2006, refer also to  Management Structure. 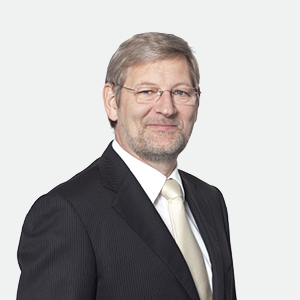 Karl Spachmann graduated in business and organizational studies at the University of the German Armed Forces in Munich (DE). He began his career with the German Armed Forces in 1983 where he served as radar commanding officer, platoon leader and press officer until 1990. In early 1990, he joined Adolf Würth GmbH & Co. KG in Künzelsau (DE), initially as Assistant to the Managing Director of Sales and later as Regional Sales Manager for North Rhine-Westphalia. In 1995, he moved to Friedrich Grohe AG in Hemer (DE) to work as responsible Sales Manager for Germany. Since 1997, he has been responsible for the German sales company of the Geberit Group, initially as Managing Director focusing on field service, and since 2000 as Chairman of the Management Board. Karl Spachmann has been Head of the Division Sales Europe since 2011, refer also to  Management Structure. 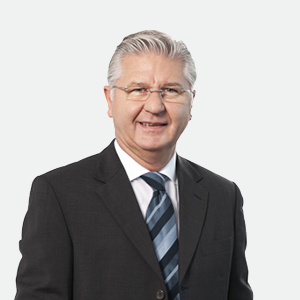 William J. Christensen graduated with a Bachelor of Arts (major: economics) from Rollins College (US). In 1995, he started his career as a project manager in Switzerland for Rieter Automotive Systems. He held subsequent positions in finance, sales and general management with Rieter Automotive both in Switzerland and in North America. He left Rieter in 2001 to pursue an MBA at the University of Chicago (US). Upon graduation in 2003, William J. Christensen joined J. P. Morgan Securities Inc. in New York (US) in the Mergers & Acquisitions department. In November 2004, he returned to Switzerland, joining Geberit as Head of Strategic Marketing. He relocated to Chicago in February 2006 to become President and CEO of Geberit’s North American business. In 2007, he became Head Group Marketing. From 2009 until October 2014, William J. Christensen was Head of the Group Division Sales International. 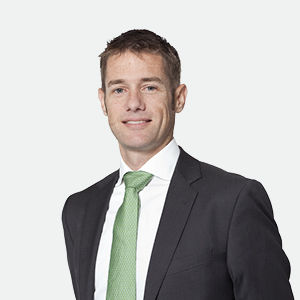