At the end of 2018, the Group Executive Board was composed of seven members. 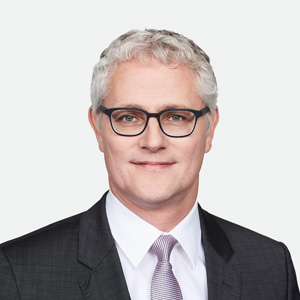 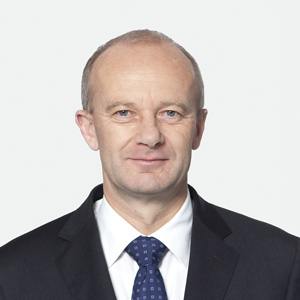 Roland Iff studied economics at the University of St. Gallen (CH) and graduated with the degree of lic. oec. (major: accounting and finance) in 1986. He started his professional career in 1987 as internal auditor with the American Mead Corporation in Zurich (CH) and at the company’s headquarters in Dayton (US). Subsequently he worked on different market development projects in Brussels (BE) before he was appointed Chief Financial Officer of Mead’s Italian subsidiary in Milan (IT) in 1990. In 1993, Roland Iff joined Geberit as Head of Corporate Development. In 1995, he became Head of Group Controlling. Beginning in October 1997, he served as Head of Group Treasury. Roland Iff has been Head of Group Division Finance (CFO) of the Geberit Group since 2005; see also Management structure. 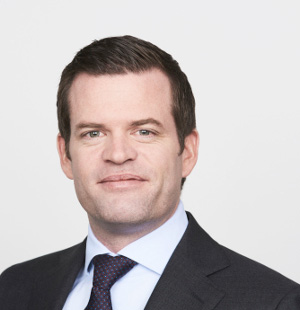 Martin Baumüller completed his Master’s degree in International Management at the University of St. Gallen (CH) and an MBA at Nanyang Technological University in Singapore (SG) in 2001. In 2005, he received his doctorate from the University of Bern (CH) with his dissertation on “Managing Cultural Diversity”. He began his career as a freelance consultant for strategy and market expansion projects from 2001 to 2003. From 2005 to 2010 he worked for McKinsey & Company in Zurich (CH), first on various projects for pharmaceutical, chemical and transportation clients and later as Engagement Manager responsible for global projects in various industries and as a member of the Strategy & Corporate Finance team. He joined Geberit as Head Strategic Planning in 2011. From 2012 to 2016 he was responsible as Head of Geberit AquaClean for the management and development of the entire shower toilet business of the Geberit Group. He has been Head of Group Division Marketing & Brands since 2016; see also Management structure. 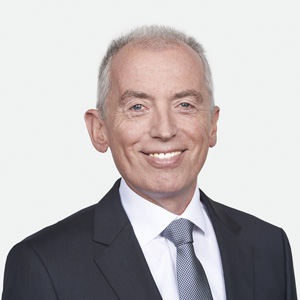 Egon Renfordt-Sasse completed his mechanical engineering studies at RWTH Aachen University (DE) in 1986. He began his career at Battenfeld-Fischer in Troisdorf (DE), where he held several positions until 1997, the last of which as manager of the Technical Parts profit centre. In 1997, he joined the Geberit Group as product manager res­ponsible for the Installation Systems product line. From 2001 to 2003, he was res­ponsible for Sales Engineering – among other things – at Geberit’s German sales company. He then became Head of Products Sanitary Systems at the Group, a position he held until 2012. Since then, he has been Head of Group Marketing. From 2015 to 2016 he was Head of Group Division Marketing & Brands. He has been Head of Group Division Product Management & Innovation since 2016; see also Management structure. 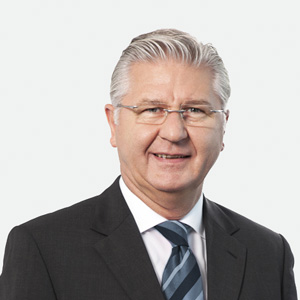 Karl Spachmann graduated in business and organisational studies at the University of the German Armed Forces in Munich (DE). He began his career with the German Armed Forces in 1983 where he served as radar commanding officer and press officer until 1990. In 1990, he joined Adolf Würth GmbH & Co. KG in Künzelsau (DE), initially as Assistant to the Managing Director of Sales and later as Regional Sales Manager for North Rhine-Westphalia. In 1995, he moved to Friedrich Grohe AG in Hemer (DE) to work as res­ponsible Sales Manager for Germany. Since 1997, he has been res­ponsible for the German sales company of the Geberit Group, initially as Managing Director focusing on field service, and since 2000 as Chairman of the Management Board. Karl Spachmann has been Head of Group Division Sales Europe since 2011; see also Management structure. 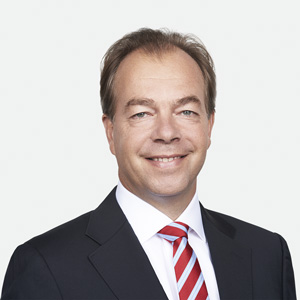 Ronald van Triest completed his Master’s degree in Management and Organisation at the University of Groningen (NL) in 1996. He started his career at Royal Philips, where he held various roles until 2006. These were initially in the areas of marketing and sales, before a second phase where he took on wide-ranging responsibilities in the areas of product management, M&A and executive management. He operated predominantly from Singapore and Hong Kong. From 2007 to 2009, he was General Manager Sales at China Electronics Corporation in Shenzhen (CN), where he was re­sponsible for sales, marketing, service and logistics and managed staff in China, Singapore, Russia and Turkey. From 2010 to 2015, he worked for Ellipz Lighting in Singapore. As CEO and Managing Director, he was res­ponsible for setting up and developing the Asian business. Among other things, he established a joint venture in Beijing, set up the local production, R&D and sales and created sales channels in Southeast Asia and the Middle East, as well as a joint venture in India. Since 2015, Ronald van Triest has been Head of Group Division Sales International of the Geberit Group; see also Management structure. 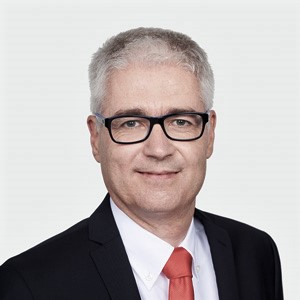 Martin Ziegler completed his master’s degree in Industrial Engineering at ETH Zurich (CH) in 1994. Following his time as an assistant at ETH, he joined the Geberit Group in 1995. He initially worked for Geberit as a project manager in a German production plant before later becoming Head of Quality for the Group and working as Managing Director of the piping production plant in Givisiez (CH). From 2003, he headed up the Piping Systems product area at Group level for ten years – with the exception of one year where he worked in Shanghai (CN) as Head of Operations and Product Manager for the Asia/Pacific region. Since 2012, he has been responsible for the Group’s 13 EFA (Extrusion, Forming, Assembly) production plants. Since 1 January 2018, he has been Head of Group Division Operations; see also Management structure.